Nora joins the Young Rogues in this week’s The Flash Episode 5.20. In an episode that feels light on action, Nora (Jessica Parker Kennedy) embarks on a heist at an arms manufacturer with the help of Weather Witch (Reina Hardesty), Queen Bee (Emily Kinney) and Rag Doll (Troy James.) Barry and Iris are at odds about what to do with their wayward child. Barry is still struggling with Nora’s betrayal, and Iris just wants her baby to come home. Oh, the drama.

Maybe because we’ve just come off one of the most epic weekends in fandom history, I was completely underwhelmed this week by The Flash. What should have been a turning point for Nora as she dove headfirst into Eobard Thawne’s negative speed force, felt only like a slight detour on her path to stop Cicada. The stakes did not seem high enough, and with only two episodes left of the season, Gone Rogue seems like a filler episode that came in too late in the game.

The tip off came when, after assembling her motley crew of metas, Nora explains her plan to rob McCullough Industries, under the guise of being some kind of badass criminal, but with the stipulation that no one gets killed. I’m sure I rolled my eyes along with Queen Bee – she can’t be that much of a criminal if she is worried about the welfare of the people she is robbing. No wonder the Roques did not trust Nora – she seemed like a petulant child pulling off a heist to get back at her hero father, not like someone embarking on a lifetime of crime. Nevertheless, the Young Rogues agree to help her with the heist for reasons of their own. 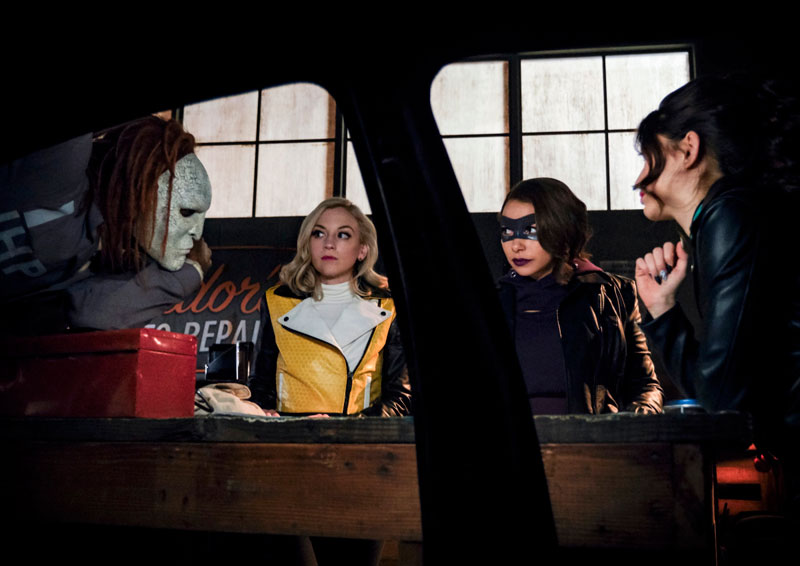 Because the arms dealer has meta-dampening tech installed, Nora needs to use the Young Rogues’ tech to pull off the heist. She also needs Spyn-Zone’s hypnotizing phone which is being held in the Starchives. Nora breaks into the Starchives to retrieve the phone and encounters Barry there. Nora becomes angry facing the father who abandoned her and starts to vibrate. Barry tries to calm her and get her to stop, but with eyes glowing red with negative speed force, Nora zaps Barry and escapes with the phone.

The phone heist was also just a distraction for Barry, because while he was dealing with Nora, the other rogues are in S.T.A.R. Labs, kidnapping Cisco and bringing Sherloque along for the ride. Nora needs Cisco to hack into the phone to modify it for their use at the arms dealer. Cisco of course says no; Nora convinces him by vibrating her hand and threatening to rip out his heart the same way that Thawne did back in Season 1. When Cisco finishes with the phone, the rogues tie up both Cisco and Sherloque and leave them with a swarm of meta-bees preventing their escape. Luckily, Cisco is a bright fellow who installed some glitchy signals, and Sherloque is an escape artist who is able to break their bonds and they escape.

And where were Barry and Iris during all of this? Arguing about their daughter, of course. Iris wants Barry to trust that Thawne genuinely likes Nora and really is trying to help, and Barry can’t get past the fact that Nora was working with Thawne to begin with. So of course, Barry begins to question his own judgement and suitability as a father. That’s when we get the weekly heart to heart with Joe, who reminds Barry to be a father first, and the Flash second. Barry begins to see that he should not have abandoned Nora. 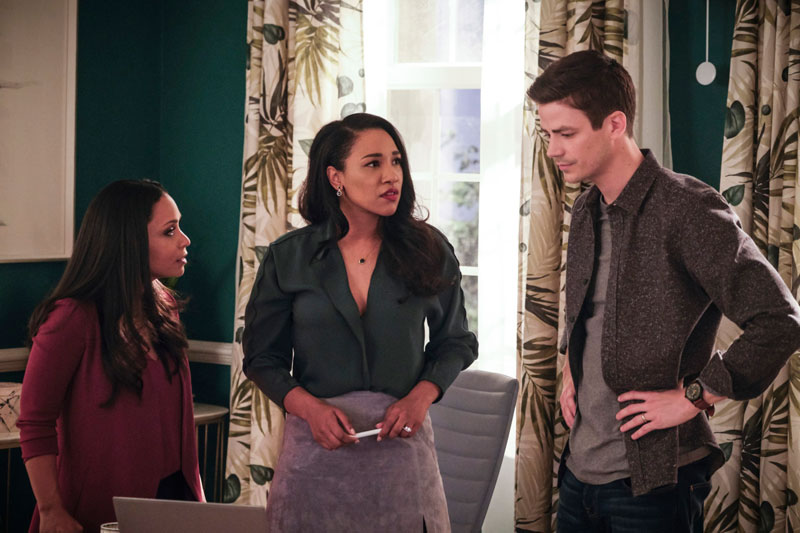 The Rogues go to McCullough Industries disguised as military personal. Rag Doll is conveniently stashed in a case. They quickly use their tech to overcome their escorts, Rag Doll climbs out of the case to then crawl into a pipe that leads to a vault with the weapons they came for. (I am still enthralled/creeped out by Rag Doll’s ability to contort into small spaces.) Once in the vault, Queen Bee and Weather Witch turn on Nora and take her and the McCullough staff hostage, threatening to kill them unless the Flash shows up to unmask himself on video.

Flash does show up, spouting some ridiculousness that makes him appear drunk. His performance didn’t fool Weather Witch though and she zaps him, revealing that he wasn’t really there – It was a hologram Flash being performed by Sherloque back at S.T.A.R. Labs. The real Flash team were in the room with the Roques, using facial transmogrofiers (remember J.R.?) to appear as the McCullough staff. Fighting ensues, with the team rounding up the rogues, and Barry and Nora now have the chance to patch things up.

It turns out that Nora’s plan to steal from the arms dealer wasn’t random. She was after a piece of tech – a weapon that could be used by the team to destroy Cicada’s dagger. She didn’t tell Barry, because she didn’t think he would believe her or trust that getting this gun was nothing more than Thawne manipulation. 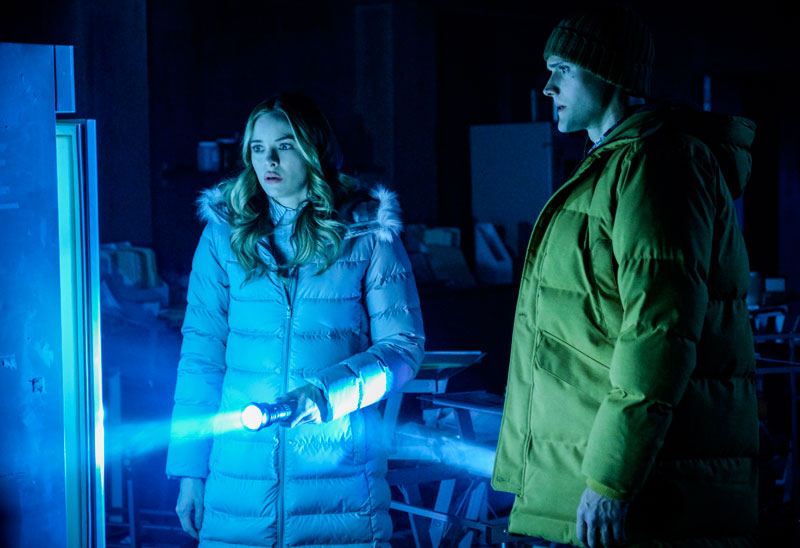 Elsewhere in the episode – Ralph and Caitlin were off, investigating a break in at her dad’s lab. It seems Cicada had been there, stealing the prototypes of the meta cure that Cisco had been working on. (I wondered why the prototypes had not been destroyed or at least more secure – that stuff shouldn’t be left lying around!) Shecada’s plan is to use the atomizer she stole last week to distribute these prototypes and kill all the metas.

So, this episode was a short journey for Nora to go from being part of Team Flash to being a sort-of criminal (I was never convinced) and back to being a part of Team Flash. What have we gained? We know Cicada’s master plan which never really changed from the original Cicada’s master plan – kill the metas. We have a new plan and weapon to stop Cicada which Barry is now on-board with. Why hadn’t Thawne/Nora suggested using this new dagger destroying weapon from the first? Why did Cisco leave prototype meta cures lying around? Why bring in the Young Rogues only to have them quickly and easily rounded up again? Gone Rogue did not thrill me at all. Here’s hoping that the last two episodes of the season will involve more of the Reverse Flash and deliver an edge-of-the-seat, exciting finale that I think we all want to see. What are your thoughts?

You can watch the promo for “The Girl with the Red Lightning” using the player below.

Love, Victor, the upcoming series inspired by the groundbreaking 2018 film Love, Simon, will now premiere on Hulu as a Hulu Original this June....
Read more

Watch the Official Spot for the DOOM Eternal Game

Bethesda and id Software have revealed a new official spot for the DOOM Eternal game, which is scheduled to be released on March 20, 2020 and...
Read more
Load more