Marvel’s The Punisher Season 2 Episode 2 continues the slow build up from the previous episode. It also lays down the groundwork for what looks to be a couple of plot arcs. And we start to get little hints as to what kind of person is chasing down Frank and Rachel, the mysterious girl I mentioned in the previous episode.

We start the episode with Frank driving through the night until he finds a motel in Ohio that he can rest up at. Luckily for him, he doesn’t bleed out during the night and manages not to fall asleep at the wheel. Frank orders Rachel to go get them a room. After trying to negotiate her way into a sneak escape, Rachel gives up on trying to run away for now and gets them a hotel room.

Once both are in the hotel room, they introduce themselves. The girl introduces herself as Rachel. Frank introduces himself as Pete. At first, it seems like they might finally be getting along. He makes Rachel help him remove a bullet wound from his butt, which helps bring them together a little bit. However, it doesn’t take long for the lack of trust to build between them again. Rachel tries to escape through the hotel room door, which prompts Frank to tie her up on the bed and duct tape her mouth shut. Feeling secure that she won’t be running off anytime soon, he decides to get some shuteye.

After he wakes up from his nap, Frank continues trying to get information out of Rachel as to who might be coming after her. She continues to deny knowing anything. This then prompts Frank to start searching her belongings. His search leads him to find two photo canisters. What do the images reveal? I don’t think we’ll know until later on in the season.

Frank makes a comment then about how things were finally calm and mellow for him before Rachel showed up. She points out to him that it seems like he just needed an excuse to get violent. I don’t think she’s wrong there. A man like Frank needs that constant adrenaline supply out of habit. Even though Rachel was on the nose about his potential motivation, Frank’s heard enough. He ties her back up and then leaves the hotel room. 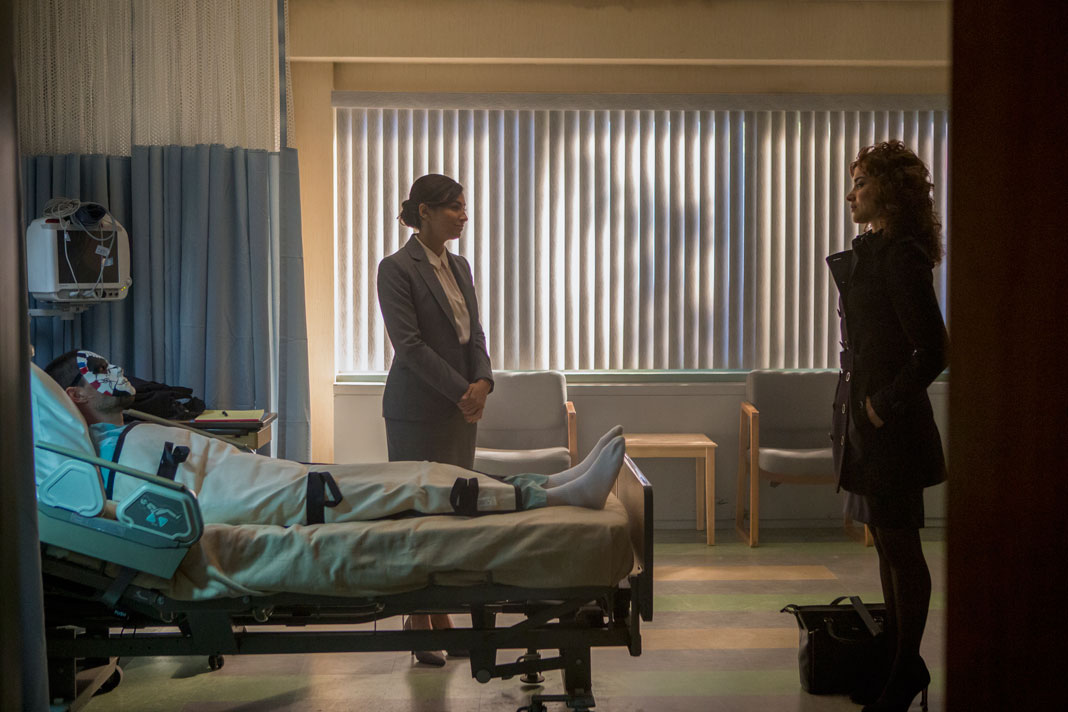 We then cut to a very injured Beth, who had sustained a gunshot wound to her shoulder in the previous episode. She comes out of her sleep to see the mysterious man, who we’ve now come to know as Pilgrim, looking at her get well cards. The man brings up her child, subtly threatening her loved ones if she doesn’t reveal the name of the man she was with who took down his crew. At first, Beth only gives the name ‘Pete.’ However, she breaks and gives the man the surname ‘Castiglione.’ This gives the man enough information to search for Frank’s whereabouts.

Pilgrim employs a tech-savvy individual to help him find Pete Castiglione. They are able to locate the motel he stayed at in Michigan, but they have difficulty tracing him after that. Because of Homeland Security’s tampering, no one can find a record that Pete Castiglione ever existed. We also learn from this scene that Pilgrim takes issue with those that curse. That combined with his priest-like outfit come to paint a really uncomfortable picture.

After the brief time with Pilgrim, we then move onto Billy Russo. Yes, Billy Russo is still around in Marvel’s The Punisher and he is not doing so great. Plagued by nightmares of smashing glass and looming dark skulls, Billy has been struggling with being unable to recall his memories since his bloody encounter with Frank last season. He is being treated by a psychiatrist, Dr. Krista Dumont. However, there is no indication that there has been any success. And, in fact, he seems unable to control his emotions and appears to have near debilitating headaches. However, our favorite Homeland Security agent believes that Billy is faking his memory loss. 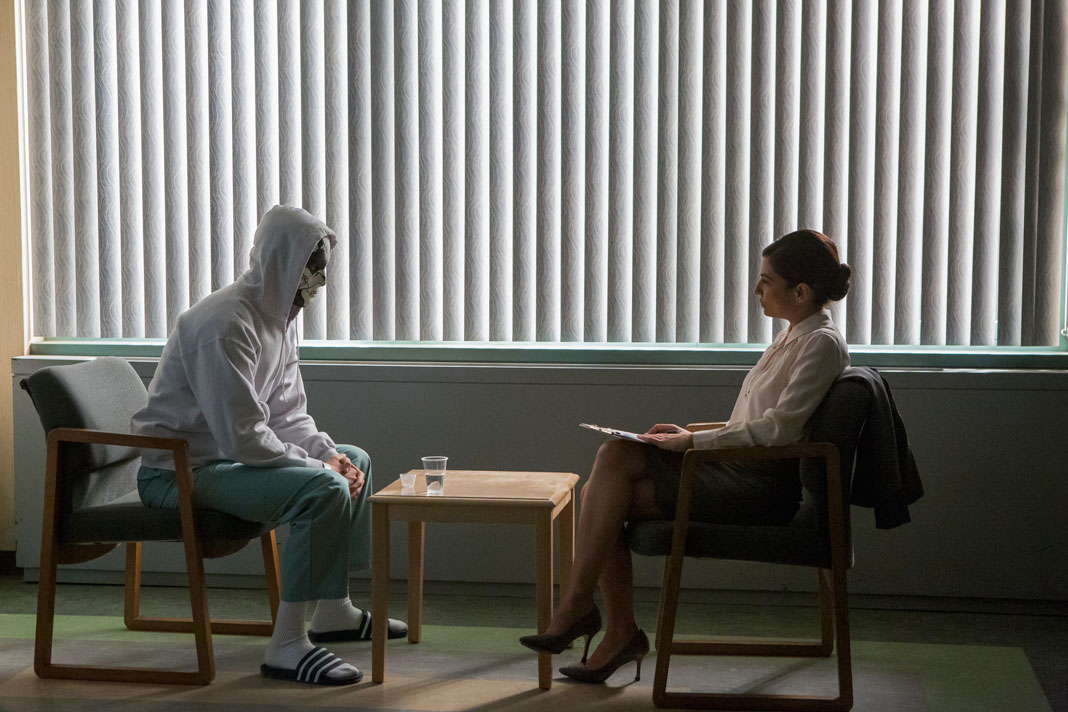 While all of these scenes are happening, Frank has been busy while away from the hotel room. He’s secured an additional room, which conveniently is right behind the one he is occupying with Rachel. Knowing that she will be chased down, he starts preparing the room for the inevitable violence that is to come. It doesn’t take long for Pilgrim’s crew to track down Frank’s van and Frank notices the people with guns outside. He gives Rachel a gun to use, but she tries to turn it against him. However, like a smart person, she backs down right before the crew enters the hotel room.

The crew is met with an empty room, but it’s all a trap. Frank quickly goes to work on them, but saves the leader of the crew as a hostage. The leader, Marlena, tries to escape. Frank stops her though with a bullet in her leg. Unfortunately, the sound of gunshots woke the hotel owner’s daughter up and she called the police. Just as Frank is about to put down Marlena and just as Rachel is about to escape in Frank’s van, they are all stopped and taken into custody by the town’s cops.

All three individuals are fingerprinted and put into the system. Neither Marlena or Frank will talk, but the Sheriff doesn’t believe the story that Rachel is telling. Frank gets one phone call and he uses it to contact Dinah to try to get help. Dinah tells him to basically fix the problem himself. She’s not in the mood to deal with any of his shenanigans after being barred from not-so-subtly stalking Russo. Frank tries his damnedest to try to get the Sheriff to let all three of them go, but it’s a little too late. Pilgrim, utilizing the talents of the tech-savvy guy, is able to locate where they are held based off of the fingerprints.

Needless to say, me thinks the next episode will be a blood bath. Do you?