It’s been 19 years since M. Night Shyamalan’s Unbreakable arrived in theaters, with many people initially assuming that it was a standalone, superhero thriller and left it at that. However, with the twist ending Shyamalan included at the end of his 2016 film Split that revealed that the film was connected to the world of Unbreakable, anticipation has been high for what will be the third and final installment in The Eastrail 177 trilogy – Glass. The film breaks its way into theaters on January 18, 2019. In all honesty, I think it serves as a fitting end for a trilogy that served to root superheroes in reality, albeit with some mixed results.

Glass opens with fans being reunited with a much older David Dunn (played begrudgingly by Bruce Willis), who is still serving up some vigilante justice with the help of his now adult son Joseph Dunn (Spencer Treat Clark). David is now going by the name The Overseer when he’s laying the smackdown on crime. However, with the recent disappearances of girls in the general Philadelphia area, the police are on high alert. This doesn’t deter David from seeking out the kidnapper and murderer, Kevin Wendall Crumb (played fantastically by James McAvoy) aka The Horde. Using his powers to locate Crumb, the two come to blows before being caught and taken to a psychiatric facility run by Dr. Ellie Staple (Sarah Paulson).

What David will soon discover is that this is also the facility that his former friend, Elijah Price aka Mr Glass (Samuel L. Jackson), was committed to after committing a series of heinous crimes. It is not long before the three superpowered people are told that they will either need to give up their thoughts on being superpowered in the next couple of days or risk drastic measures being taken against them. For the sake of not revealing spoilers, I will refrain from sharing any more of the plot because there are quite a few pertinent story points that would be best seen on screen. 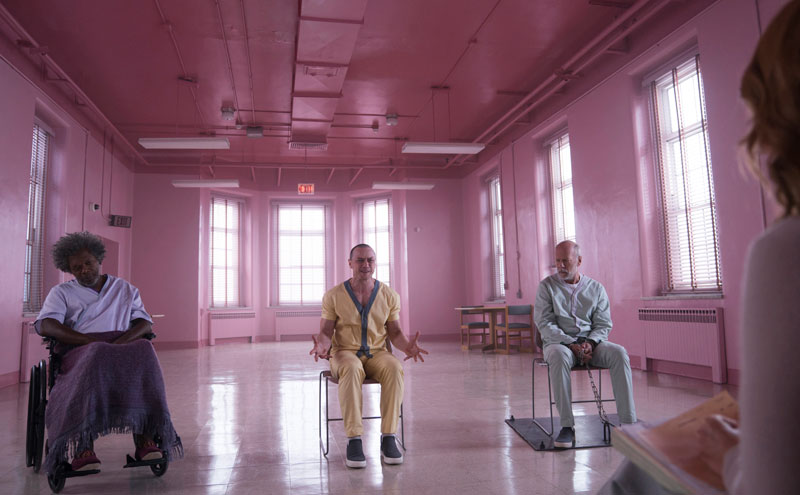 Shyamalan took risks with his storytelling in this particular installment in the trilogy, with mixed success I think. He packs in a whole lot and, if you haven’t seen the previous films, there will be moments where you’re going to be confused. There also seems to be a clash of sorts between what has been presented before, i.e. the powers being grounded in reality and what is now being presented to us via Dr. Ellie Staple. Now, I think the idea of the superpowers being a delusion that all three were entertaining was brilliant, but the gratuitous exposition and the constant dissection by Staple felt like it was beating the audience over the head to get a point across. Unfortunately, I’m not certain if utilizing these methods of storytelling was the best method for Shyamalan.

RELATED: Glass Reviews – What Did You Think?!

The cinematography and the usage of colors in this film were absolutely inspiring to watch. Having grown accustomed to seeing the introduction to the colors associated with each main character, it was so much fun being able to see David’s green, The Horde’s yellow, and Mr. Glass’s purple clash together. Also, I have to note this, but Shyamalan once again utilizes a very small setting much like he did in Split to great effect in this film. This time he focuses the bulk of the action within the facility, which works well later on with messages brought up in the film.

As for the acting, I would say that the bulk of the performances were top notch. James McAvoy, personally, was my favorite. There are a couple of moments in the film where we see The Horde in an isolated room and we get to see almost each one of the personalities triggered. To see personalities that we hadn’t gotten the chance to be acquainted with being played out by McAvoy was a real treat and if he doesn’t get an Oscar at some point, I will be immensely disappointed. Another person of note was Samuel L. Jackson, whose performance as Elijah Price this time around was much more natural compared to his performance in Unbreakable. I had heard that Jackson had been given more freedom in how he expressed the character this time and it definitely showed in his performance. 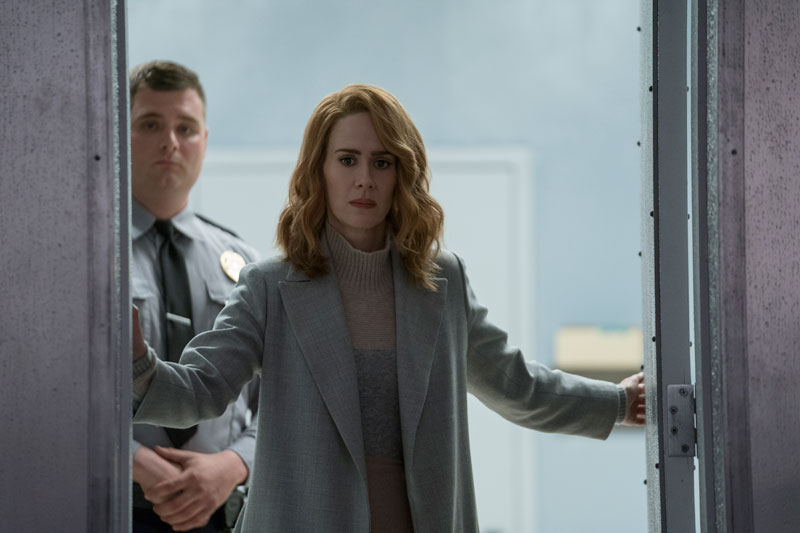 Of all of the actors though, Bruce Willis’s performance as David Dunn this time around made sense, but also disappointed in a way. A lot has changed for David since the events of the first film and we can all tell that there is a weariness to him. He’s kind of trudging through life and the vigilantism is the only thing keeping him going besides his son. This trudging of life energy seemed to have more to do with Willis rather than the actual character, however. There were certain moments in the film where I questioned whether or not Willis was actually believing what he was doing because it felt so hollow. In the end, I’m not sure if my disappointment stems from seeing a character that I had cared for in Unbreakable kind of just phone it in or if it stemmed from feeling like perhaps Willis wasn’t giving it his all. I’m curious to know if any of you felt the same way about this.

I’m going to be honest with you all. Prior to attending last weekend’s Shyamalanathon, a special event that showed Unbreakable, Split, and Glass back to back, I had never seen a Shyamalan movie. I was not familiar with too much of the story, so being able to watch Unbreakable and Split for the first time and right before viewing Glass actually benefited my viewing experience, because I could go straight into the film with prior knowledge so I wouldn’t have to wrack my head over anything that I would have missed had I gone into Glass blind.

That being said, I do not think Glass is a film that can be seen and appreciated without having seen the previous films. The one major faux pas that I fault Shyamalan for is not writing the story in such a way that first-time viewers of the trilogy will be able to follow along successfully. Without having seen the previous two films, I think audience members would be confused by the inclusion of characters such as Glass’s mother (Charlayne Woodard), Casey Cooke (Anya Taylor-Joy), and a now very grown-up Joseph Dunn (Spencer Treat Clark). The emotional impact of seeing all three main characters being gaslit over their abilities wouldn’t be as powerful due to lack of context. I can only guess that Shyamalan had written the story the way he did with the thought that the audience would have seen Unbreakable and Split. 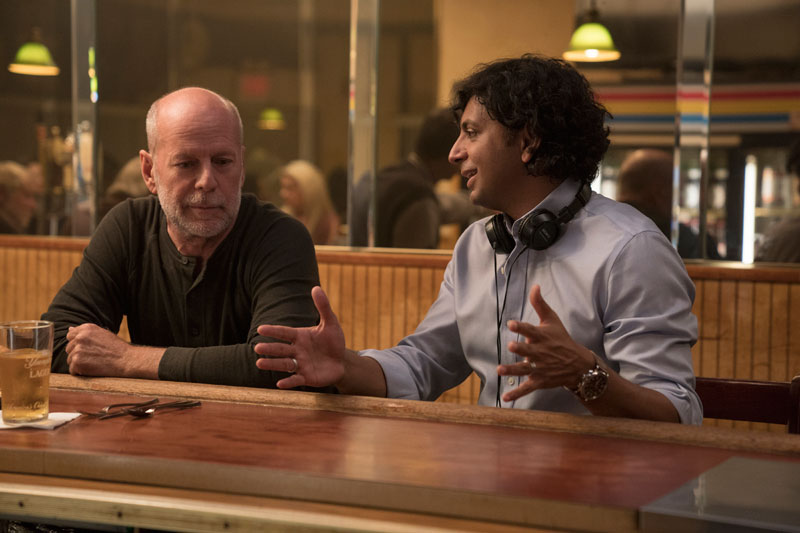 Overall, Universal Pictures‘ Glass is definitely a film that I think requires a little work from the audience in order for people to truly appreciate what has been written by M. Night Shyamalan. I implore everyone to do yourself a favor and go watch Unbreakable and Split before you go see this film. You’ll thank me for it. On its own, Glass isn’t a well-rounded standalone film. However, united with its predecessors, it rounds out a gritty trilogy by providing hope to anyone who’s ever questioned their place in the world.